My name is Katrina and I am from Maine, United States. I started working on a dive boat in the islands in 2011 and after a year of tolerating humans of all types, the good the bad and the repulsively cruel and disrespectful, I realized I was fully capable of pursuing my little girl dream of becoming a tugboat captain so I applied to Maine Maritime Academy. I started school in 2014 after much back and forth about whether I actually could succeed in such an industry, as being a female has panned out to be challenging. My first real job that was not a cadet shipping assignment was in 2017 working offshore doing submarine search and rescue. So, all in all, I’d say about 8 years I’ve been working on boats. I am part of the deck department and hold a 1600 mates license with towing endorsement and an OSV mates license. I haven’t had the opportunity to run as a mate yet but find myself being given mate duties as an AB in every job I do.

My worst experience was my latest experience on a boat hauling cement. Out of respect for the company, I won’t name names but they 100% did not respect me. I had a tyrant of a captain and two of my mates were absolutely wretched. I was given grief daily for using the head instead of peeing over the side as the guys did. I was talked down to, demeaned, disrespected and even sexually harassed at one time. I finally stood up for myself after 4 weeks straight of nonstop harassment and I was removed from my boat for my own safety per the office. An internal investigation took place and the owner of the company concluded that harassment does not exist in the industry and that poor treatment is an industry-standard that I need to get used to. Well, guess what, I walked away from that job and am making it a point in my career to change this “industry standard.” I was the 4th female to ever work at this company. There are still plenty of companies out there who have never employed a female. 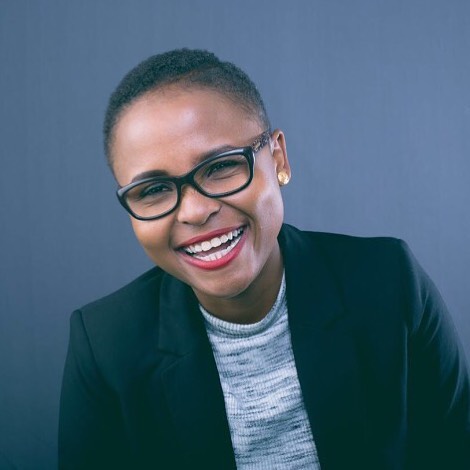 Hello, Thank you for dropping by… Welcome to my little haven, where I get to share what I love with the world. Now, Meet the founder

Thank you Angela for sharing your story with us th

I love that my job is inspiring despite the initia

Thank you @anna_avgoustaki for sharing your story

I find my job exciting Job because I get to combin